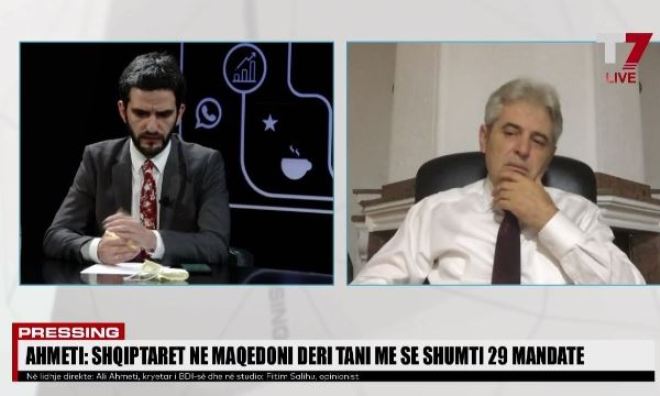 DUI leader Ali Ahmetisaid in an interview with Kosovo T7 TV that after the parliamentary elections in Macedonia, in which his party won 15 MP seats, the next prime minister of the country should be an ethnic Albanian, i.e. DUI’s candidate NaserZiberi.

In his interview with T7’s “Pressing” show, Ahmeti said that “hegemonic policies have come to an end and the idea of ​​an Albanian prime minister will come to life very soon.”

“Albanians have the same right as Macedonians, and as long as the prime minister can be Macedonian, why not an Albanian,” Ahmeti said.

Ahmeti says that he has already contacted the leaders of the other Albanian parties that will have MPs in the future Macedonian Parliament, but that he expects an answer from ZijadinSela after the official confirmation of the election results.