Home Macedonia Nikolov: We have reached this level due to the “everything is under... 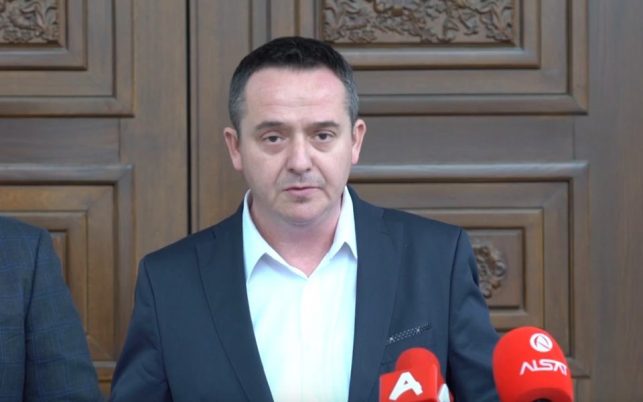 The coronavirus is gaining momentum in our country as the authorities come to terms with the situation and do not move a finger. Dr. Igor Nikolov says that the number of newly infected people actually reflects the way we fight and deal with the coronavirus epidemic.

In Macedonia since the beginning of the epidemic until today there are over 9 thousand infected people and over 400 dead. While in the past the authorities and the Minister of Health were engaged in party rallies, the control has literally gotten out of control in the last 15 days, especially with the record number of newly infected on Saturday and a dizzying number of 240 newly infected people.

“The number of new cases actually reflects the way we fight and deal with the coronavirus epidemic. Namely, at this moment, the government seems to have “given up” from some organized approach in overcoming the coronavirus crisis. We are witnessing that due to the “do not panic” and that “the situation is under control” policies we have reached a situation where the population does not take the existence of the virus seriously, especially the effect it has on the elderly. Such perception of the citizens did not lead to these numbers and this situation, which does not rise in the first place in terms of all negative parameters in the region and in the world,” said Nikolov.

“Our economy is not able to withstand another complete lockdown. However, I believe that there are measures that should be taken in order to protect the health of people, businesses and the economy. As an example, I would point out the restriction of movement in the “wee small hours” between midnight and 5 am, as well as gathering in larger groups during this period and other periods of the day,” Nikolov said.