Home Macedonia VMRO-DPMNE is the first political party in the region to limit its... 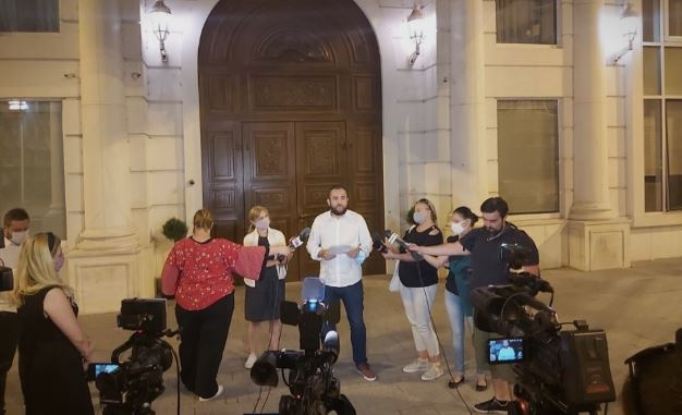 VMRO-DPMNE is the first political party in the Balkans that limits the number of mandates of senior party officialsby statute, and this restriction also applies to the leader of the party, said PanceToshkovski,chairman of the party’s statutory commission answering journalists’ questions after the session of the highest party body at which was given clear support to leader HristijanMickoski to start negotiations for the formation of a new government based on the results of the recent early parliamentary elections.

Regarding the first issue, VMRO-DPMNE is the first political party in the Balkans that limits the number of mandates of senior party officialsby statute, and this restriction also applies to the party leader.In the future, the leader of VMRO-DPMNE will be able to be party leader for only two terms in a regular election, eventually he could get a third term, but only if he is supported by two thirds of the bodies that elect him in this case when we talk about the leader of VMRO – DPMNE, that is the congress.Regarding the honorary members and honorary leaders, this statute of VMRO-DPMNE does not provide for such a thing, i.e. neither Nikola Gruevski, nor any other former honorary leaders are honorary leaders according to this statute. The statute does not provide for such a thing,” Toshkov said when asked to clarify how many total mandates party officials can receive, including the leader.

Toshkovski was also asked about the possible resignation of Mickoski or other party officials, in the context of the demands of some current or former party members for the leader to resign, i.e. whether there are changes in that regard in the party statute, how will the leader resign or not resign.

“All I can say about this is that HristijanMickoski is the first leader of a political party in the Balkans who limits himself to the possibility of being leader of VMRO-DPMNE. He is the first leader to do this, we did not come up with this example, this was taken from the Austrian People’s Party combined with the provisions of the statute of the President of France Emmanuel Macron,there we have such European provisions that define limiting or increasing the democratic capacity of the parties themselves, so I think that leader HristijanMickoski is an example of a modern European politician who, looking at the example of European conservative and center parties, promotes the possibility of VMRO-DPMNE in the future. There are such defined provisions that will follow the example of European parties,” Toshkovski said.