Home Macedonia Zaev: New government coalition to be formed in August with parties that... 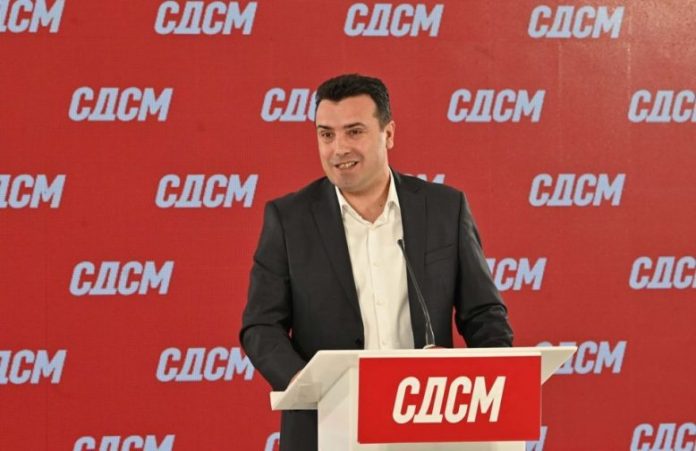 Negotiations over the formation of a new government will kick off after Ilinden (Aug. 2). The numbers are very clear – SDSM and the “We Can” coalition in last week’s elections won most seats and it’s crystal clear who has secured the mandate to form a government, SDSM leader ZoranZaev says.

“We had fair, democratic and crystal clear elections that demonstrated the democratic capacity of our country and of SDSM as well, being a political option and a ruling party. In three elections in a row, the citizens voted in a free and democratic atmosphere and SDSM has won all three elections. Is there a greater success than the citizens entrusting you to lead in a free atmosphere? Is there greater victory than winning a majority in freedom, opposed to the majority Gruevski had won with intimidation,” says Zaev.

“At this moment, we need stable parliamentary majority, stable government capable of managing the health crisis and the economic consequences effectively all the while maintaining the EU integration concept we’ve been waiting for 30 years,” Zaevtells the A1on news website.

As regards DUI’s stance that the party should propose the candidate for prime minister, Zaev notes that it is very clear who gets mandate to form a government in a parliamentary democracy, adding he would no longer comment on this.