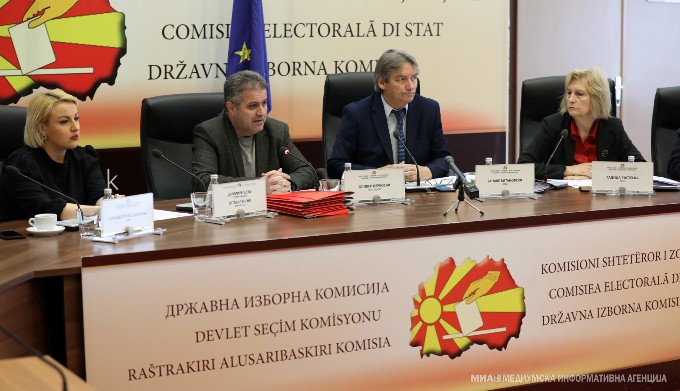 The Administrative Court dismissed a lawsuit filed by VMRO-DPMNE for summarizing the election results and the votes will not be manually recounted ballot by ballot.

For more than an hour, an authorized representative of the coalition presented arguments before the Court Council, claiming that mistakes had been made in the counting of the election boards in several municipalities.

The court made the same decision on the lawsuit of the Edinstvena Makedonija (United Macedonia) party, and the proposer of the lists of the SDU party. Along with today’s 4 lawsuits, the court rejected a total of 185 lawsuits, which resulted from several thousand complaints to the State Election Commission after Election Day. The parties did not have the opportunity to propose new evidence from what they had previously stated before the State Election Commission.

The State Election Commission no longer has an obstacle to announce the official final results of the elections, which remain unchanged. As the election process ends, the State Election Commission will hand over the decisions to the newly elected MPs, who would gather at the constitutive session of the 10th Parliament in early August. The party Levica holds the record for filed complaints and 101 lawsuits, and the Alliance of Albanians led the legal fight before the Administrative Court with 75 lawsuits.