Home Macedonia Former minister claims he was asked for bribes for a building in... 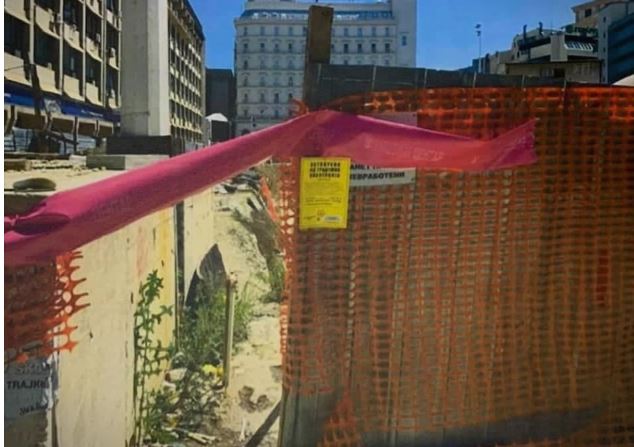 Police in the center of the capital Skopje on Saturday, on the orders of the inspection services, expelled construction workers from a building that they say has no building permit, but the investor, who is a former minister, claims that he has been constantly asked for bribes in recent years.

Stojmenov is a former Minister of Finance (1998/1999) in the Government of Prime Minister Ljubco Georgievski from the ranks of VMRO-DPMNE.

He pointed out that the hotel was not illegal, and accused that they were asking him for a bribe of one million euros so that they can continue working.

“Four years with paid utilities, with everything paid, we cannot build because they demand a million euros in bribes. I will not bribe them,” said Stojmenov.

Current mayor of the Municipality of Centar Sasa Bogdanovic, immediately released a written statement, according to whom the inspection determined that the investor had not completed all the documentation. He did not comment on Stojmenov’s allegations of bribery.