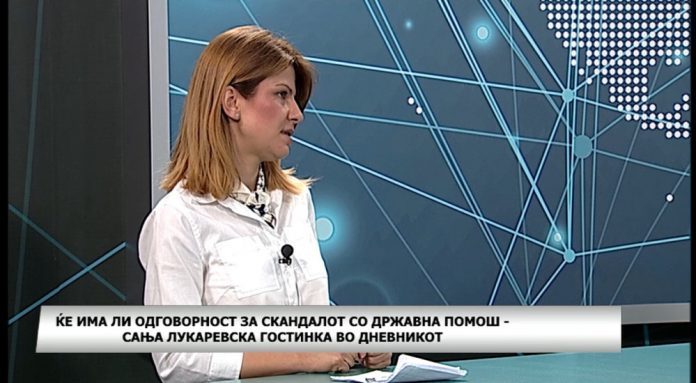 Regardless of whether some of the employers paid the workers after the scandal with the state aid of 14,500 denars per employee broke out, all those who committed a misdemeanor will be punished, said director of the Public Revenue Office SanjaLukarevska on Monday.

She also announced that the PRO is considering conducting other inspections in the companies that violated the law and to see if other tax-related violations were committed there. Lukarevska stressed the authorities are searching for mechanisms so that all workers who were cheated can get their money.

“The law on tax procedure allows a warning to be issued first, but that does not mean we will stay here. “Some of these funds also come from the World Bank, which has publicly stated that it is closely monitoring the situation,” Lukarevska said.

She added that both the World Bank and the PRO did not expect such a thing to happen, but also felt that there was a control mechanism and that investigations would be carried out.