Home Macedonia Zaev is a threat to media freedom 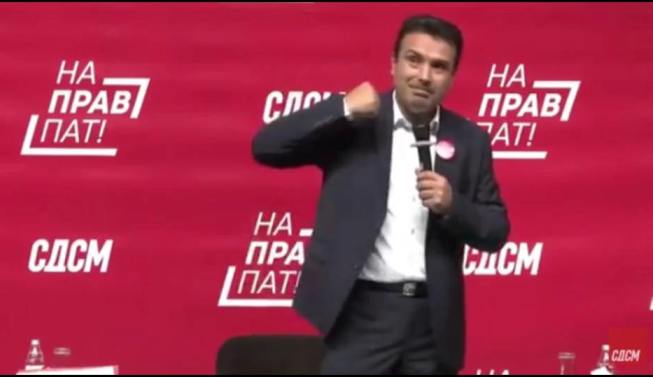 VMRO-DPMNE reacts and strongly condemns the brutal and undemocratic behavior of Zoran Zaev towards journalists and the media by labeling them, insulting them, and settling scores.

“This behavior of Zoran Zaev is a primitivism that becomes a feature of the hybrid regime in which he pushed the country.

We have become a country in which Zoran Zaev determines who were the objective media in the country and who are not, a country where journalists are physically beaten and indicted charges are filed only because they are doing their job. Zaev is the man who, both in politics and in the media, orders accusations and settles scores with dissidents.

Zoran Zaev should apologize to the media and the whole public for the inappropriate, insolent and selective attitude towards the media,

Zoran Zaev is the leader of a party that leads a government that selectively invites journalists and the media to cover government press conferences and events, a government in which journalists are forced to say in advance the issues they are interested in and which are labeled and divided into eligible and ineligible.

Zoran Zaev is a politician who refuses to show up to debates, avoids critical media and interviews and is a person who tramples on journalism.

VMRO-DPMNE protests against the shameful behavior of Zoran Zaev and the brutal confrontation with journalists who are critical of his work. Freedom of the media is the foundation of democracy, and it has no price. Zoran Zaev is a threat to that freedom,” reads the statement released by VMRO-DPMNE.