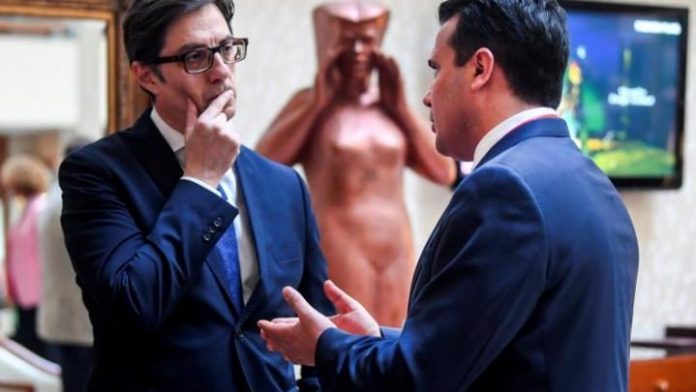 President Stevo Pendarovski, after announcing earlier that he would hand over the government formation mandate by Friday, regardless of the position of former Parliament Speaker Talat Xhaferi that it would not be constitutional, officially confirmed on Wednesday that he would hand the mandate over to SDSM leader and MP Zoran Zaev Thursday at noon.

Zoran Zaev, on behalf of ‘We Can’ coalition, which won the largest number of MP seats, briefed Pendarovski on talks with several parties for securing a parliamentary majority to form a government.

However, the brief statement did not say whether Zaev, despite the negotiations, had already managed to secure a majority of 61 MPs in support of the new government. Although, one can assume because Pendarovski decided not to wait until the deadline on Friday, that SDSM managed to reach an agreement. However, sources from the main partner DUI on Wednesday said that an agreement on a government coalition has not been reached yet.

“Handing over a mandate without having elected a speaker, who would open the deadlines Parliament should follow, is unconstitutional. The legislative house has deadlines once the head of state informs it that a mandate has been awarded. Someone without authority cannot inform the MPs,” said Xhaferi.