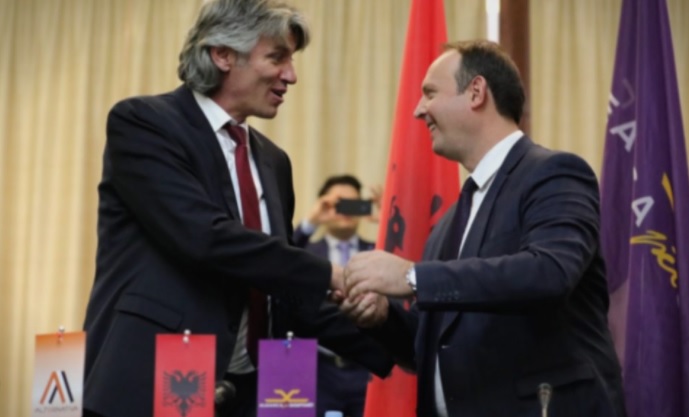 The Alliance for Albanians-Alternativa coalition announced Friday its representatives have never had a meeting – official or unofficial – to discuss the prospect of joining the new government.

“Even though we are the legitimate winners of the July 15 elections in the Albanian political bloc, we will not negotiate until DUI delivers its election promise to make sure Naser Ziberi is elected as the first Albanian PM. If a proposal is sent to Parliament to elect Ziberi, the coalition’s 12 MPs will vote for him, But, if DUI fails to deliver the promise, it will no longer have the right to be part of the future government and it’ll belong in opposition,” said the coalition.

Alliance for Albanians and Alternativa would expect DUI to push for Albanian PM with a four-year term.

“However, if DUI fails to accomplish this promise, on which it won its legitimacy and its votes, that party has no right to be part of a future coalition and should go in opposition,” said the Alliance for Albanians and Alternativa.