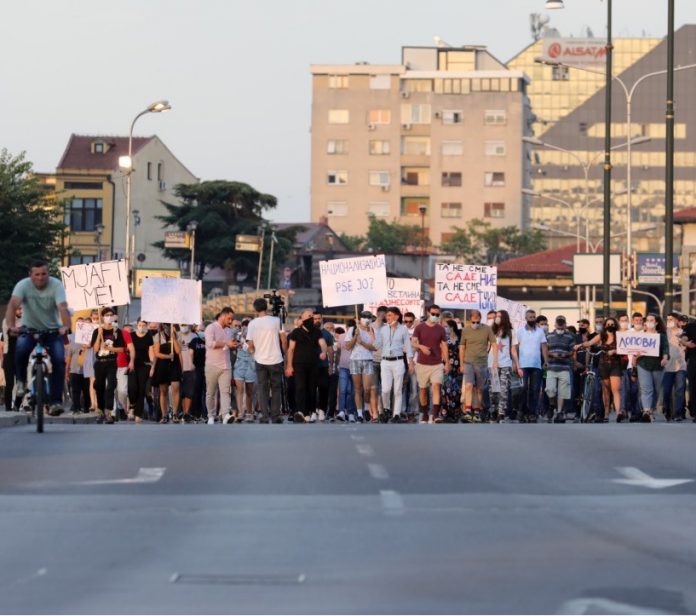 The announced protest against the increase in electricity prices took place in Skopje Friday night. Protesters gathered in the Woman Fighter Park and in the park in Chair, from where they then marched to the Government building.

“In the midst of a pandemic, with many citizens losing their jobs and wages being cut, many governments in Europe have cut electricity prices during the crisis. But that was not the case here. In our country, the price of electricity has increased. EVN, MEPSO, ESM suffered because of the crisis. And the citizens do not suffer? What is more important? The profits of the capitalists and the housing of party soldiers or the standard of living of ordinary citizens? We must not allow this blow to our back! Let’s raise our voice! It is up to us! Let us unite, Macedonians, Albanians, Roma, Turks and others, let us unite and oppose it! We should not allow the increase in the price of electricity to pass,” said the organizers.

The protest was supported by several NGO organizations and activist movements, the Confederation of Trade Unions (KSOM), and at the same time protests against the increase in electricity prices were held in Tetovo, Gostivar, Debar, Kichevo and Struga.