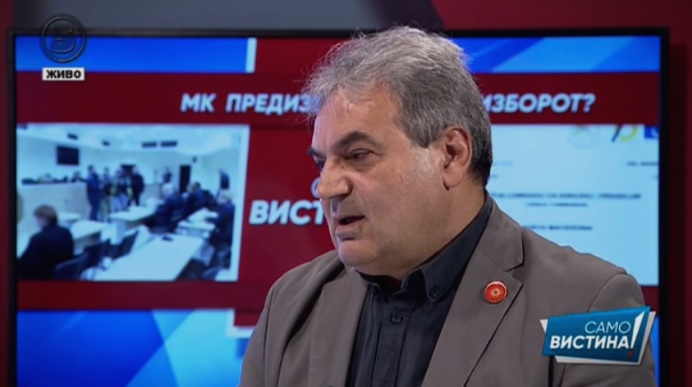 Analyst Sotir Kostov points out that the rhetoric of the leader of the Social Democrats Zoran Zaev before the elections was that the Albanian votes “are not worth it, that DUI is a criminal party”, and now it is humiliating that he sat down and negotiate with the party he said should go into opposition.

“Albanian votes are not worth it, they are being sold, DUI must go into opposition… DUI is a criminal party, it is time for it to go into opposition, this is not Kostov’s exclusivity but paraphrased words by Zoran Zaev, was this not an obstacle for Zaev to “Sit down and negotiate with such a party,” Kostov said.

He assessed that the country is in a crisis for legitimacy, and he illustrated that with the move of the head of state Stevo Pendarovski who, without having legitimacy of 61 MPs, handed the mandate to Zaev, and the fact is that Zaev so far has no parliamentary majority.

“The Constitution does not say that the mandate is given to one or the other, but a tradition has been created since the time of Gligorov which is wrong and not according to the Constitution,” said Kostov, who almost was one of the youngest public prosecutors in the country three decades ago, but soon left office and began a successful legal career and acts as a political analyst mainly inclined to the right-wing options.