Home Macedonia Macedonia gets a PM stuck in criminal activities up to his neck... 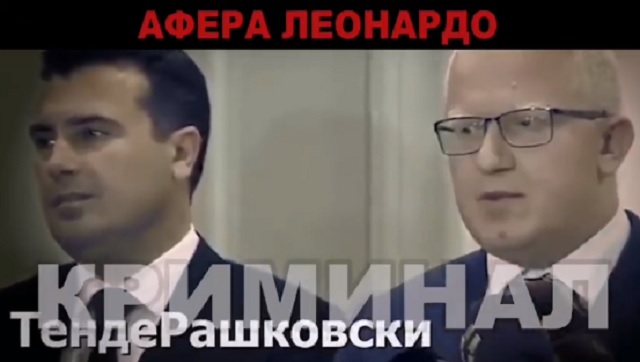 The Republic of Macedonia received the anti-reform Government headed by Zoran Zaev. This anti-reform government, instead of projects and reforms, brings criminal affairs with it, says VMRO-DPMNE.

The party points out that Macedonia received a Prime Minister without credibility, stuck in criminal activities up to his neck.

“Some of the candals in which Zoran Zaev is involved are: “Racket 1”, “Racket 2”, “Leonardo”, the vote buying affair, the criminal innovation affair, “Daka”, etc. Zoran Zaev and his government make false promises, and sink into corruption every day. Macedonia and the Macedonian citizens got a government of crime, lies, corruption. Our citizens don’t deserve a prime minister who insults his people,” the party said in a statement.