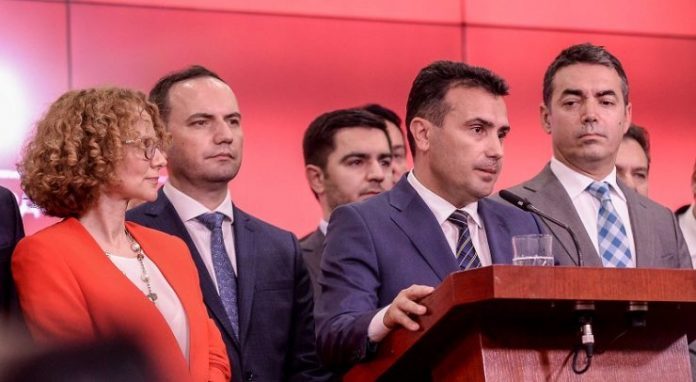 SDSM leader Zoran Zaev has submitted Wednesday the proposal for election of new government as well as its program to the parliament.

“The citizens voted in fair, free and democratic elections on July 15 thus expressing their position and direction, which we are introducing into a program today,” Zaev said.

He said that the new government will be a stable, efficient and responsible that will guarantee strategic commitments, i.e. NATO and EU membership, focusing on good neighborly relations, dealing with the corona crisis, more dynamic economic growth, as well as an effective rule of law, modern education and stable institutions.

Not elaborating when the parliament is to elect the new government, Zaev expects Parliament Speaker Talat Xhaferi to give lawmakers enough time to acquaint with the new government’s program, as well as the biographies of the nominated cabinet ministers.