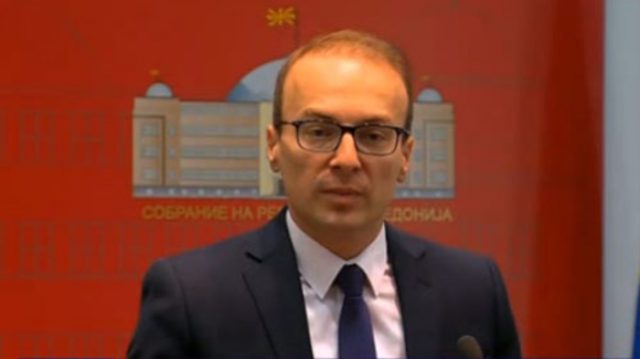 Regarding the scheduled session for the election of the new government, it is good to know, as it was before and as it is now, in relation to the days given to the MPs and the media to prepare for the discussion and criticism of the extensive material on the program and the composition of the new government, said VMRO-DPMNE MP Antonio Miloshoski.
He says that according to the number of days given for preparation regarding the materials for the composition and program of the government, the respect of the government towards the public and the MPs is measured.

While chronologically stating with documents, Miloshoski notes that in the period from 2006 to 2014, when the governments were formed by VMRO-DPMNE, the MPs had at least 11 and usually 12 and even 14 days to prepare the discussion on the proposals for the new ministers and the proposed program of the future government.