Home Macedonia Shekerinska: NATO accession and the arrival of the SEEBRIG- the crown of... 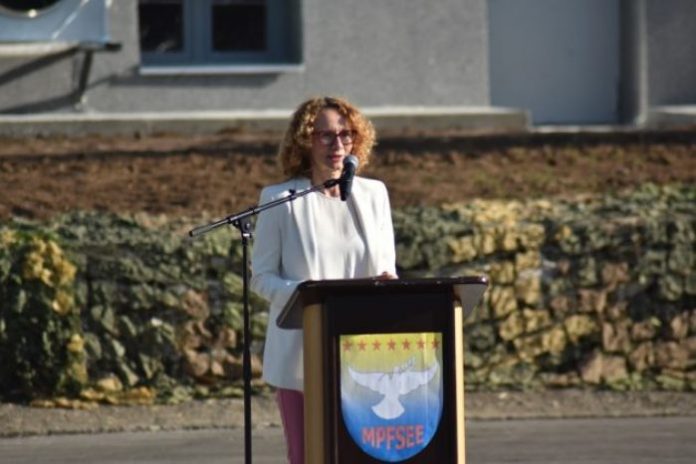 A ceremony on the occasion of the activation of the South-Eastern Europe Brigade (SEEBRIG) HQ in North Macedonia from 2020 to 2026 was held Wednesday in Kumanovo – based “Boro Menkov” barracks. Defence Minister Radmila Shekerinska said at the ceremony that the Brigade returns to North Macedonia the same year the country became a member of NATO. SEEBRIG, she stressed, paved the way for multinational cooperation, strengthened team spirit and professionalism in the field of defence.

“The move SEEBRIG’s HQ to North Macedonia places on us enormous responsibility, but will also allow us to extend our influence and become a key contributor to regional stability and cooperation, ”Shekerinska noted, thanking Brigade members for their contribution.

“I’m convinced that SEEBRIG was established to help us understand each other better, not fear one another. It’s been in the past 21 years, a bridge between six countries – North Macedonia, Albania, Bulgaria, Greece, Romania and Turkey. Therein lies its importance which strengthens its role inregional cooperation,” the Minister added.

Outgoing SEEBRIG Commander, Brigadier General Tudorica Petrache told the event that the Brigade has taken part in the past in several military exercises and expressed  satisfaction over the results it has achieved. He congratulated staff members for their commitment and putting aside differences in order to work together.