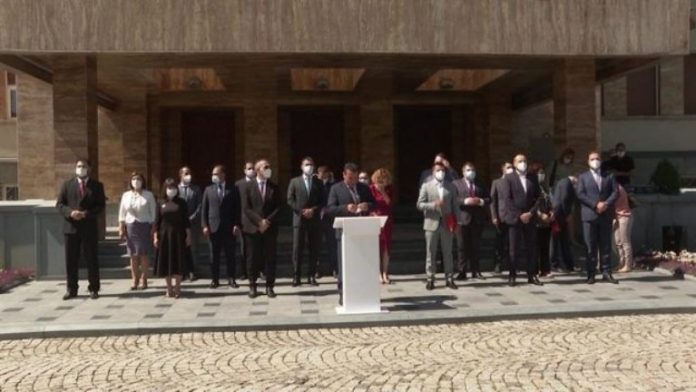 SDSM leader and prime minister-designate Zoran Zaev, accompanied by 19 minsterial candidates, submitted the proposal for the composition and program of the new government to the Parliament on Wednesday, only a few hours later Parliament Speaker Talat Xhaferi scheduled the session for electing the new government on Saturday at noon.

The new ministers are scheduled to be elected by midnight on Sunday at the latest. Zaev is convinced that the slim majority of 62 MPs will not affect the stability and functionality of the new government. However, it is problematic how Zaev will manage to provide support for his projects even for those who need a simple majority, when one of the MPs from the fragile majority will be prevented from attending the sessions or will have other responsibilities.