Home Macedonia Stojanoski to Manchevski: If you were so successful, maybe you would have... 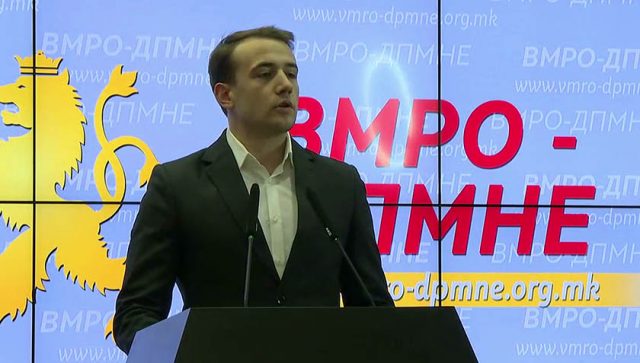 Mr. Manchevski, if you were so successful in dealing with the challenges of public administration, you would surely still be a minister.What is noticeable is that in your term there was a series of employment scandals, so MPs were hiring family members, we remember Mira Diesel, so please, the public is watching, people are watching, do not comment, said VMRO – DPMNE MP BojanStojanoski to former Minister of Information Society and Administration DamjanManchevski at Saturday’s parliamentary session for election of a new government.

Stojanoski pointed out that NATO and the EU were not the merit of the SDSM government, adding that due to the change of the name in the capitulation way, Macedonia was a humiliated country.

“You talked about the merits of NATO and the EU, so it is not only the merits of this government, I would almost say that it has the smallest merits. The credit goes to the citizens of the Republic of Macedonia and to all previous governments. We all know well what was the brake on the path of the Republic of Macedonia for NATO and the EU, that was the name. Many governments have calmed down since the Republic of Macedonia became an independent country, but no one has undertaken to solve that problem in such a capitulating way. Now we are a country that is without dignity and a country that is humiliated, and you can talk as much as you want, but this is the truth and the people know it,” saidStojanoski.