Home Macedonia Mickoski: I will not resign, I don’t compromise with Zaev’s criminals 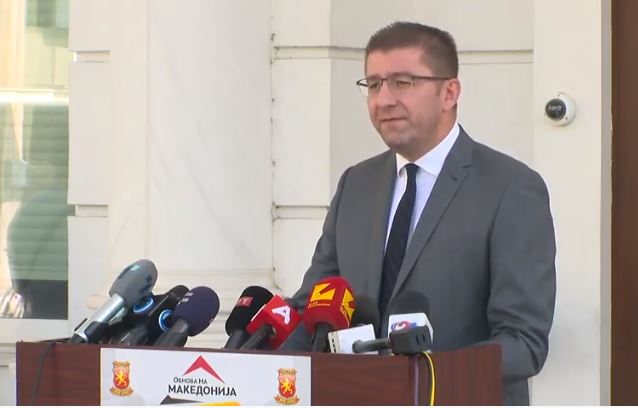 I have not intention to resign, and as long as I am live I will fight against those dark forces that serve Zoran Zaev and I will not compromise with criminals and all those who sit on Zaev’s lap and who instead of seeking a change in this criminal government, demand resignation of the leadership of VMRO-DPMNE, said the leader of the largest opposition party Hristijan Mickoski at a press conference.

“They demand an extraordinary congress, but they have not submitted such a request to the party archives,” Mickoski added, accusing it of “dark forces” that destroyed the party and became rich thanks to VMRO-DPMNE.

Instead of fighting for the party, Mickoski added, they are now looking for ways to save themselves and protect their crime.