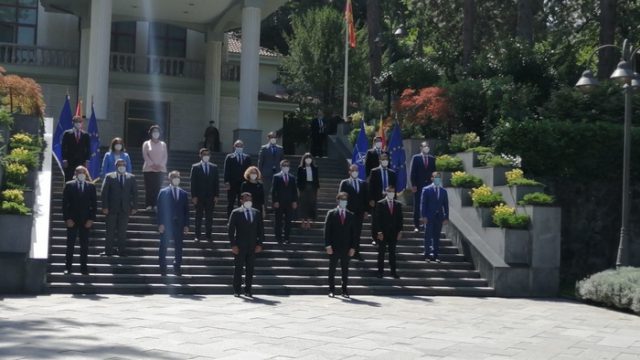 Prime Minister Zoran Zaev presented Monday the new composition of the executive power to the President of the country. He reiterated the priorities he had previously announced in the Parliament, from the economy, the judiciary to the reforms of the administration.

“Together in diversity, we have created the program for the new government. We have strong arguments to convince President Pendarovski that he does not unite a strong will to achieve strategic priorities,” said Zaev.

He stressed that the reform of the institutions starts with this government, because it will have seven ministers less.

“This will be a small efficient government, which will establish a rhythm of transformation with the citizens and the European Union.It is time to work, to continue with strong steps in a better future,” notes Zaev.

Regarding Mickoski’s announcement that he will overthrow the government with demonstrations, Zaev said that it was his and the VMRO-DPMNE membership’s right how they decide to work in the future.