Home Macedonia A whole year has passed since the Leonardo affair in which Dragi... 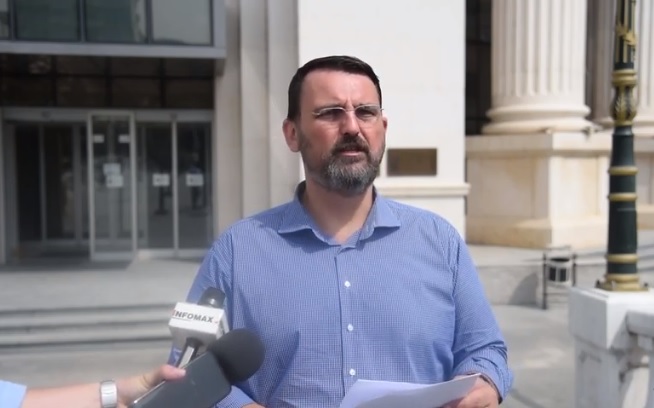 “Leonardo will win”. And obviously – he did win! The case is over, there is no process for Rashkovski yet! Dragi Rashkovski, Secretary General of the Government, says clear and loud on the recording published in the domestic and foreign: “Leonardo will win”. An evident rigging of who should win the tender.
And a whole year has passed since the Leonardo affair worth 7 million euros came out, and there is no epilogue! Dragi Rashkovski ended his secretariat in the Government without a legal epilogue for rigging a tender! Last year, on July 4, the SCPC opened a procedure, and on September 19, the Public Prosecutor’s Office opened a procedure! And there is no epilogue, his term is over, the case is covered up, and Dragi Rashkovski can return to his students of the Faculty of Law Justinian I! What a farce, what a debacle of the legal system, what an absurdity for all law students,” VMRO-DPMNE spokesperson Naum Stoilkovski told the media on Wednesday.

“He was left with the opportunity to repeat the crime, especially since he was in charge of resolving the disputed moments with some of the vouchers – the election bribe in the middle of the epidemic! And with all that, who hid the order to set the tender? The SCPC hid Rashkovski behind some audit reports, as it also hid Angelovska with some excuses for unethicalness, and the Public Prosecutor is the main brake on justice in this case!”