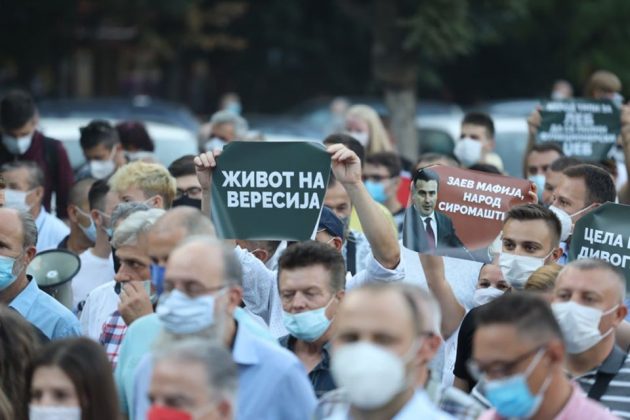 Thousands of citizensexpressed their revolt against the government in Macedonia that dramatically increased the price of electricityIn the midst of a pandemic, when many have lost their jobs and were left with no income.

“This is the first in a series of protests that will show and prove the anger accumulated among the people over the injustice that has taken place in recent months, the stolen and bribed elections by the ruling mafia. This will be the first in a series of protests against the injustices of the mafia on Ilindenska 2. Rich mobsters in the government, and poor people, that is the reality in our Macedonia,” said VMRO-DPMNE leader HristijanMickoski in his address in front of the Energy Regulatory Commission in Skopje.