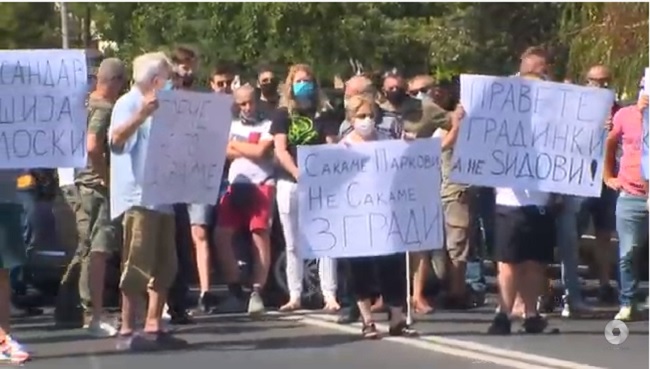 The citizens of the municipality of Gjorce Petrov took to the streets to protest against the urban rampage, i.e. the construction of 60-meter buildings in the Deksion settlement.

They publicly asked Mayor Aleksandar Naumovski if he did his best to inform the citizens of this settlement about the change of the hole and what will be built, if public hearings were held about the mafia plan in question, he made it express at his request.

“We point out that we, the citizens, have the main say, that the public, not the private interest in our municipality will decide on the public space. With the erection of 60-meter buildings and the settlement of 3,000 inhabitants with the construction of over 800 apartments, the demographic as well as the quality of life and normal functioning in the entire municipality will change. Only in this place, with the construction of these buildings, the humanitarian aspect of living will be endangered, and additional problems are the lack of schools and kindergartens for the new inhabitants, the insufficient capacity of the communal network and the traffic connection,” they pointed out.