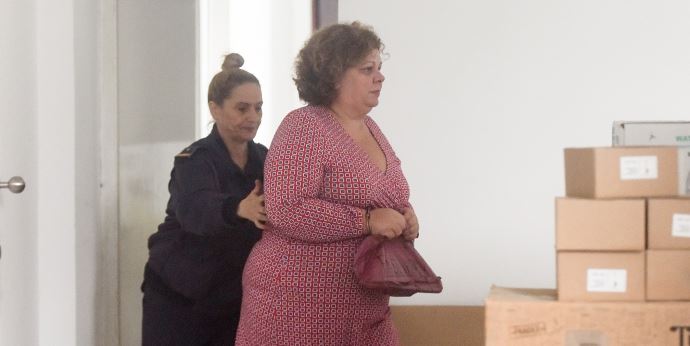 Former head of the Special Public Prosecutor’s Office Katica Janeva will continue to serve her house arrest in Gevgelija.

The information was announced today in the courtroom, during the hearing that was postponed today, in which Janeva is suing her former friend and director of TV1, Bojan Jovanovski – Boki 13, for unauthorized filming.

Katica Janeva is under house arrest awaiting the decision of the Appellate Court, for the first instance verdict in which the former head of the prosecution, who dealt with the processes resulting from illegally tapped telephone conversations, was sentenced to 7 years in prison.

The hearing on the private lawsuit was postponed today due to Bojan Jovanovski’s recent surgery.