Home Macedonia If Zaev solves the Delchev issue as the name with Tsipras, a... 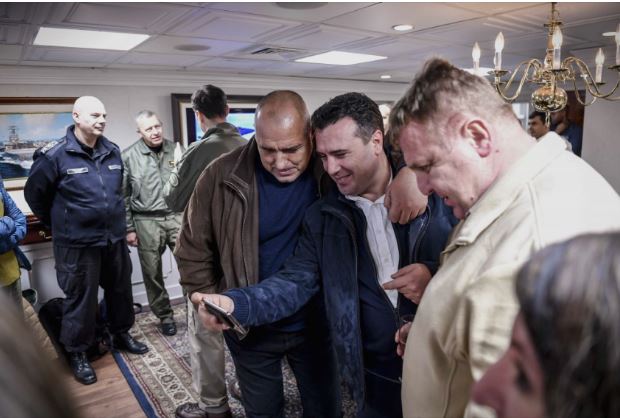 The ease with which Prime Minister Zoran Zaev describes problems with Bulgaria over their conditionality is likely to result in the resignation of Macedonian revolutionary Goce Delchev, who appears to become a Bulgarian 117 years after his death because he certainly was not a “citizen of North Macedonia”.

No wonder Zaev’s statements are in the context of the renunciation and proclamation of historical figures as part of the history of another nation, when Zaev changed the name, everything else seems “easy”. Zaev “solving” the name issue did not bring anything substantial in favor of state interests, only additional obligations and legal implications for Macedonia.

Now the government will sell Goce Delchev to the Bulgarians, not in an attempt, but publicly and transparently. That this is a fact was confirmed by Zaev, whose statements are in accordance with what he plans to agree with Sofia.

Zaev’s anti-Macedonian rhetoric in the statements “Macedonians and Bulgarians are one people”, as yesterday’s statement “Goce Delchev is ours” not Goce Delchev is Macedonian, as an announcement of what Zaev will confirm and concretize with Bulgaria is a continuation of another betrayal and giving up one’s own identity.

With the last statement, Zaev announces the resignation of Goce Delchev, so he says that he is ready to solve this issue.