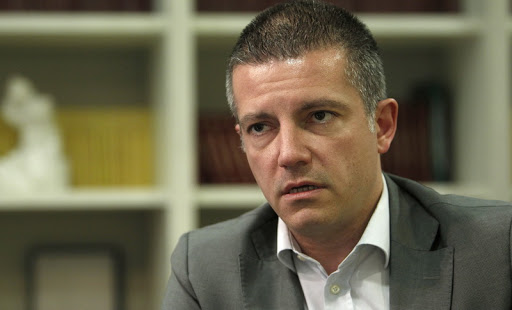 Parliament Speaker Talat Xhaferi, immediately at the beginning of the parliamentary session for the election of the deputy ministers called for a short recess due to SDSM’s Damjan Manchevski resignation from the position of MP.

Since MP Damjan Manchevski was elected from the list of MPs, the Commission should inform Parliament about the candidate from this list whose MP term should be verified in line with the Electoral Code. After the State Election Commission sends the report, the Parliament’s Committee on Rules of Procedure and Mandatory-Immunity Issues should debate it before the plenary session is resumed

It is rumored that Manchevski will replace Dragi Rashkovski as Secretary General of the Government. He neither confirmed nor denied this information.