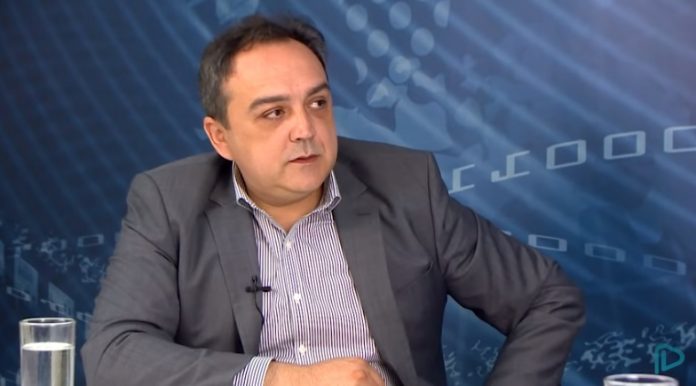 SDSM’s program for the part of law, entitled “Order and Discipline” is copied from the program of the fascist party of Benito Mussolini, said Toni Menkinoski, President of the Law Commission of opposition VMRO-DPMNE in his interview with TV 24 Analysis where he debated with Minister of Justice Bojan Marichikj.

“The person who wrote the program for you, do you know where he copied it from? Are you familiar with this character? Benito Mussolini, they have been taken from there, you even have additional phrases from Benito Mussolini in the program. This is the program of order and discipline of Benito Mussolini and you know very well someone who made your program, he even semantically copied from that program which is fascist,” said Menkinoski.