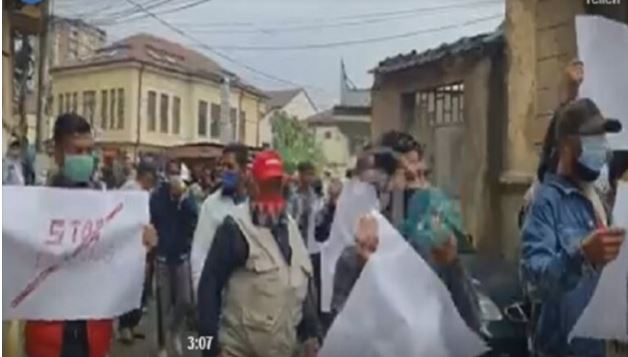 Residents of Bitola took to the streets on Saturday to protest against police brutality. This protest follows after the other day a man from Bitola was brutally beaten with kicks and a truncheon by a police officer.

“This protest was announced two days ago because we all know that the brutality against our Roma citizens committed by the police in the SIA Bitola is totally at the lowest level that can happen to the Roma population.This is a de-mobilized peace protest because yesterday the Prime Minister of our country and the Minister of Interior, immediately after our request, pointed out, more precisely, specified the sanctions taken against the officials for the criminal act they committed against our citizens of Bitola, said Ramadan Rustemov, President of the Roma Flock association – Bitola.

Net Press (Macedonian: Нет Прес) is an independent internet news agency in the Republic of North Macedonia. Net Press's primary task is providing news, information and analyses only in Macedonian language. Net Press was founded in January 2007 and is based in Skopje.
Contact us: con[email protected]
©