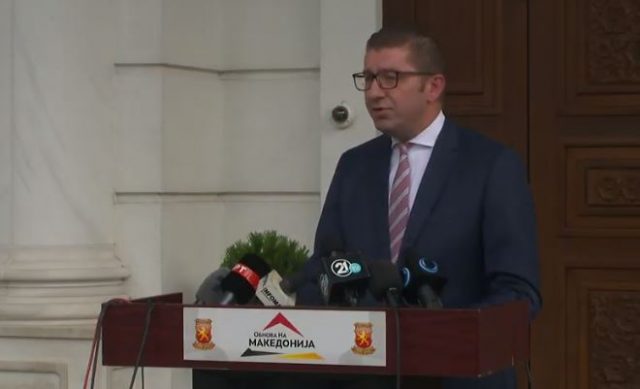 VMRO-DPMNE leader Hristijan Mickoski at a press conference on Sunday criticized the delay of the anti-marketing measures previously promoted by Prime Minister ZoranZaev from the ruling SDSM to deal with the coronavirus.

As the opposition leader pointed out, the Macedonian economy headed by this Government does not face bright days.

“The experience of the previous measures is devastating – at least 45 thousand unemployed in 5 months. That is why the fourth set of measures is a failed attempt. The Mafia will become richer, the people poorer. Most of the measures for the economy have remained unrealized. We have the lowest realization of capital projects. The Macedonian economy is facing dark days with this government,” Mickoski said.

According to the opposition VMRO-DPMNE, the new fourth set of measures for dealing with the consequences of the coronavirus is just defocusing, and thus the mafia, as Mickoski says, will become richer, while the people get poorer.