Home Macedonia Mickoski: The main clients are not included in the “Racket” case 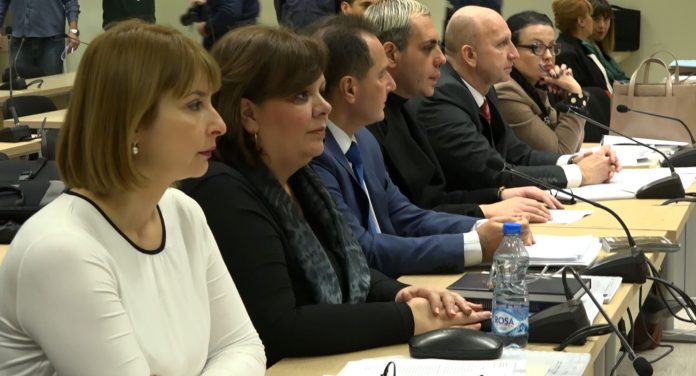 VMRO-DPMNE leader Hristijan Mickoski in an interview with Radio Free Europe spoke about the “Racket” case and said that he was not satisfied with the whole procedure for the “Racket” case because the main clients were not included.

Asked why VMRO-DPMNE did not publish the folder with the documents that was pointed out at the party press conference, Mickoski responded:

“I think that two such audio materials were published in the public which in one received material which was published within the parliament by a member of parliament from VMRO-DPMNE where practically Zoran Zaev says that he helped the TV station of one of the now first instance convicted, that they helped in that TV station and that he was fully aware of what they were doing with that businessman, etc.”