Home Macedonia Mickoski-Predan: VMRO-DPMNE has clear policies that will take Macedonia on the right... 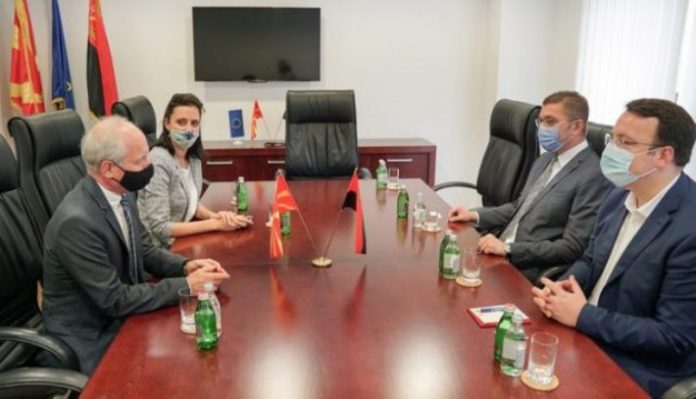 Mickoski congratulated Predan on taking over the new position, which, as he said, will further strengthen the friendly relations between Slovenia and Macedonia.

At the meeting, the satisfaction from the excellent bilateral relations and the successful cooperation between the two friendly countries was expressed, and opinions were exchanged on the current developments and conditions in the region.

“Mickoski also pointed out the political situation in the country where he emphasized that crime, corruption are very common and that there is a selective rule of law. He also said that the government distributes tenders to people close to the government and no one is responsible for that. He pointed out that nothing is being done about the pandemic, both in terms of health and economy,” the party said.

During the meeting, Mickoski pointed out that VMRO-DPMNE as a political party has clear and concrete policies that will take Macedonia on the right track, as well as will have an impact on membership in the European Union.