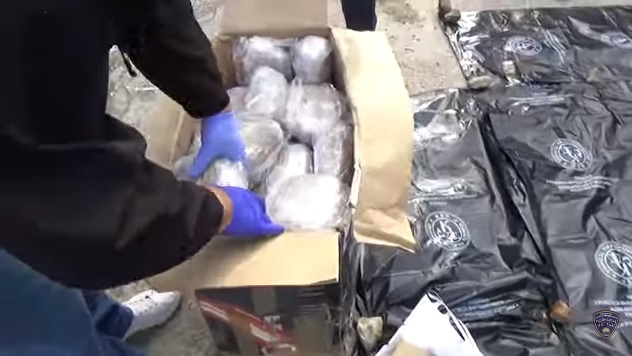 On Monday night, the Macedonian police conducted numerous searches at several locations in Skopje to combat the international organized crime group connected to the 100 kilograms of marijuana seized in Ohrid.

During the operation, 114 packages of high quality marijuana ready for sale were seized. A person was detained in Ohrid during the handover of drugs. No other details have been announced yet.

In the action of the Criminal Police Department at the Public Security Bureau (Public Security Bureau) of the Ministry of Interior at the city cemetery in Ohrid, over 100 kilograms of marijuana were seized. A Turkish citizen was arrested who was supposed to transport the drugs to another location in a Citroen vehicle.