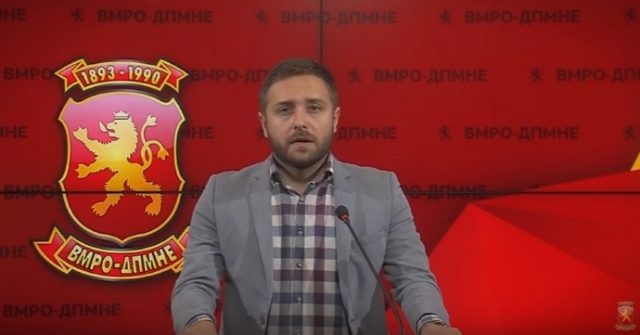 After the silence of the competent institutions for the scandal in which the Municipality of Shtip gives a million tender to the family company of Bochvarski it can be said that the fight against the corruption in the Republic of Macedonia does not exist. The Minister of Anti-Corruption, the declarative statements, the phrases, all of this is of no use, accuses VMRO-DPMNE spokesperson Dimche Arsovski.

Arsovski points out that the municipality of Shtip awards a million tender to the De Luks DOO company based in Stipand owned by Vladimir and Vencislav Bochvarski, uncle and father of Blagoj Bochvarski only one day after he is appointed by the mayor for minister of transport and communications.

“Citizens’ money is used for personal gain of government officials. This is the system we are talking about, which was introduced by Zaev in Strumica, and like cancer it spreads and metastasizes throughout the country.