Home Macedonia Miloshoski brings a Styrofoam model of Dimitrov to Parliament: There is a... 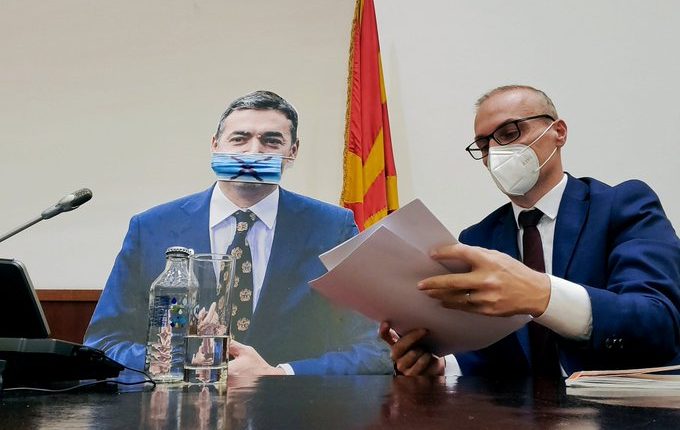 VMRO-DPMNE MP Antonio Miloshoski shared a photo on social media showing him sitting next to a Styrofoam model with the image of Deputy Prime Minister for European Affairs Nikola Dimitrov.

“The Parliament, in the EU member states, but unfortunately not in Macedonia, has always been a place for democratic debate between ministers and MPs, on the most important national issues,” Miloshoski wrote.

Miloshoski hopes that their request will be accepted.

“The dialogue between the government and the opposition should take place in the Parliament. But if they insist, we are ready for it to be behind closed doors,” Miloshoski wrote.