Home Macedonia What kind of an award did Zaev win in Berlin? Was it... 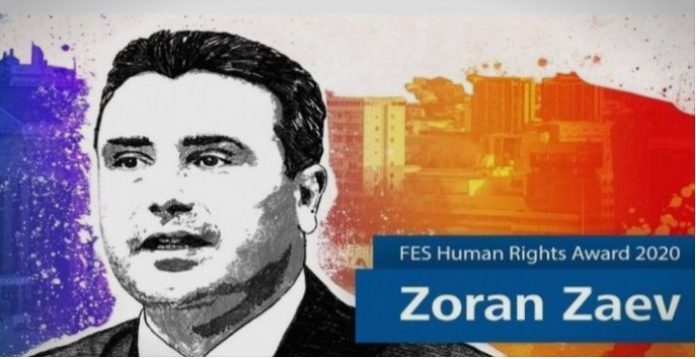 What kind of an award did Zoran Zaev win in Berlin? if one searches a little who is behind this organization, it turns out that Zaev awarded the award to himself.

According to German Foreign Minister Heiko Maas, Zoran Zaev showed ‘political courage to walk the path of compromise, peace and mutual respect, becoming a generator of hope for an entire generation who was fed up with nationalism and confrontational politics that focused more on the past than the future’.

Telma TV in an article “All advisers to Prime Minister Zaev”, stating: “The salaries of advisors are 55,268 denars except for two – Milan Zhivkovic who is a labor and social policy advisor whose salary is 60 thousand denars and the national security adviser Zoran Verushevski who receives 74,618 denars per month for his services and advice.

“In a conversation with “360 Stepeni”, Milan Zhivkovic, director of the Skopje office of the German Friedrich Ebert Stiftung, spoke about the results of the Trieste Summit and Germany’s support for the new Macedonian government.“

You draw your own conclusions whether Zaev gave this award to himself or not.