Home Macedonia Bulgarians were administrators and liberated Kumanovo and Palanka, according to Zaev (VIDEO) 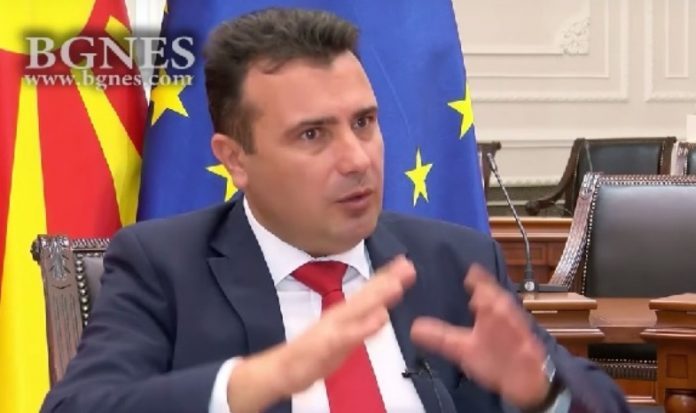 We must allow the common and shared history to unite us, the citizens of both countries – both Bulgarians and Macedonians – to feel it. Because if Goce Delchev did not exist, we would have to invent him so that he could unite us. Because history is common in a past region, the territory of regional Macedonia, where Macedonians who spoke Macedonian lived. There were Bulgarians who spoke Bulgarian. There lived people who felt like Bulgarians and Macedonians. And this is absolutely true, said Prime Minister Zoran Zaev in an interview with Bulgarian news agency BGNES.

“Goce Delchev is a revolutionary for both Bulgarians and Macedonians, who fought for the freedom of Macedonia and the Edirne region,” said Zaev.

“If we do not acknowledge the weaknesses of history, we cannot build a future. We need to create a positive atmosphere among young people to use that past as a stepping stone for a better future in the period ahead,” said Zaev.

“At that time, in the beginning of the war, there was an administration. After that, Bulgaria rose up against fascism, fought for freedom, for democracy and was undoubtedly part of the anti-fascist front. Bulgarian and Macedonian troops liberated territories – Kriva Palanka, Kumanovo, the whole region, Skopje and this whole part. And this is a good part of our history, which makes us even more united, and so on. I emphasize the historical facts that we need to work on in the future, because the past did not give us this opportunity. Now we must show common sense, in the current generations, to change all this in the spirit of the great friendship we have, which guarantees even better cooperation in the future,” said Zaev.