Home Macedonia Opposition warns PM Zaev that he could not erase overnight a history... 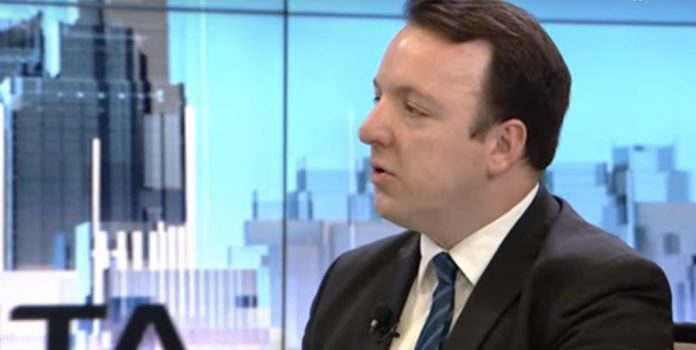 VMRO-DPMNE Vice President Aleksandar Nikoloski pointed out that the Prime Minister Zoran Zaev cannot erase history overnight, and especially not the history that happened 70 years ago and there are still living witnesses from that time. Zaev cannot erase that the Macedonian state is based on the Ilinden and Asnom eras. And it is not by chance that ASNOM happened on Ilinden August 2.

“You see, I am aware that after what happened to Zoran Zaev, a classic shipwreck after that interview with BGNES, where in fact he said what he was saying to the Bulgarian officials. I am aware that certain structures are trying to defend it and make propaganda. That propaganda no longer passes them by. The history is clear, everyone knows it. It did not happen thousands of years ago, but it happened 70 years ago and there are still living witnesses to what happened. It is a fact that the Macedonian people got their state through two epochs, one is the Ilinden epoch and as a continuation and continuity of that Ilinden epoch is the anti-fascist Asnom epoch. On the basis of these two foundations, the Macedonian state was built and it was not by chance that ASNOM happened on August 2 on Ilinden,” Nikoloski said.