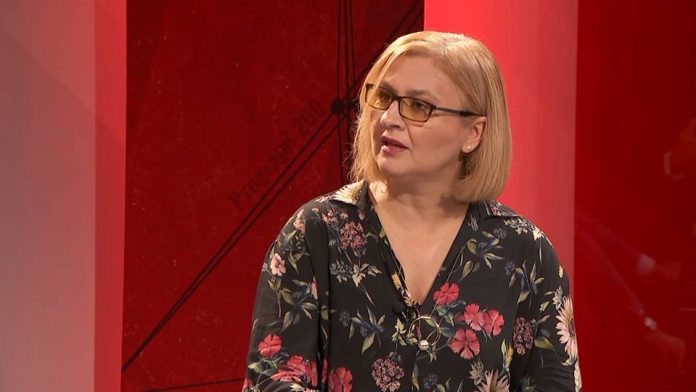 Identity issues should never have been put on the table at all as something that is negotiated, because it is not really negotiated, said Professor Simona Gruevska Madzoska from the Institute of Macedonian Language in her interview with Kanal 5 TV’s “Samo Vistina” show.

According to her, if this is a real solution, we would not have waited so long, if this should have been done, the previous politicians would have done it and Macedonia would not have been tormented for 30 years over membership in the European Union.

“I do not know why Macedonia lost so many years, if we had to do this. If we did it in the 90s, then we would not have lost these three decades. But if that was the right way. Previous politicians, if it was something they should have done, they would have done it and Macedonia would certainly not have been tormented for that membership in the European Union,” said the professor.

According to her, no alliance or union is worthwhile for us to give up on ourselves. What would we be without history and without roots, she asked.

“But to enter the European Union impersonal, I think it is terrible, in fact no alliance, no union is so valuable for us to give up ourselves, because without history, without roots that we would be, and in fact what we would say our ancestors who lost so many years to fight for the opportunity to say that they are Macedonians that speak Macedonian,” said Gruevska Madzoska.

“I personally do not agree with the term ‘common history’. So there is an intertwined history, there are some other terms that might be better suited than a common history and what exactly is meant by that should someone explain what is meant, that some period of history we have been the same, or what is common, Goce Delchev is common, historical figures are common, which means common because we do not know because our institutions have been working for years and have written so many books and now how can we interpret that” the professor said.