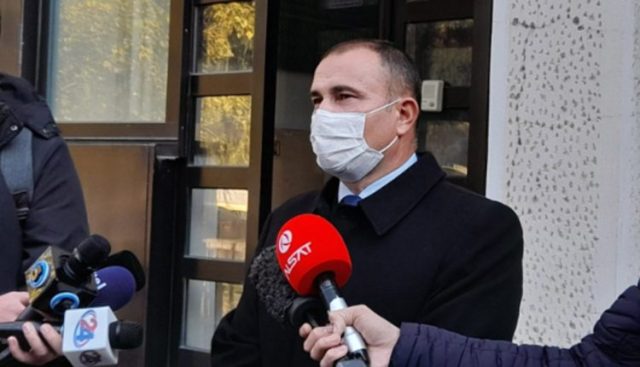 Angelov said that the Main Crisis Management HQ holds regular sessions and is ready to respond at any time, if needed. He noted that members of the security forces can be deployed in less than an hour.

According to the CMC director, the country is not only facing a coronavirus crisis but also a migrant crisis. He said it’s been reported that COVID-19 has hit some refugee camps hard, so every entry, movement and transit of these people across the country is an additional health risk for citizens.

At the moment, Angelov stressed, in addition to assisting the police in hospital security, our troops are also deployed on the southern and northern borders.

“The country is currently facing two states of crisis. One is due to COVID-19. We’re into the first month since it was imposed, and it will be extended for another six months. The second state of crisis is not nationwide but only on the southern and northern borders, and it is related to the migrants, their entry and transit across North Macedonia. In addition to the security risk, migrants could spread the infection. We have information that COVID-19 has hit hard some refugee camps due to poor hygiene conditions, and not to mention physical distance,” Angelov said.

Asked if there’s pressure on southern borders, Angelov said he had information, but it was confidential.