Home Macedonia Kotlar: According to Zaev’s agreement, Clement is a Bulgarian educator 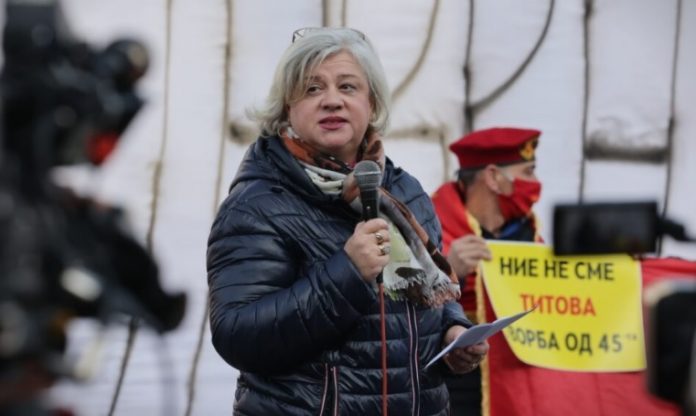 Clement is important to us because he raises the people to a different political, cultural and religious stage. That is why his activity was stopped and in 893 the new Bulgarian ruler Simeon sent him to be Bishop of Velika. And in his place comes Nahum. Fortunately, Clement and Nahum create that ground of symbiosis between that Slavic community that I mentioned and the ancient Macedonian population in order to create their own identity, culturally, spiritually and nationally. “That line is already gaining other components that are important for the new century,” said Natasha Kotlar during her interview with “Shto ne e jasno” on Alfa TV.

Kotlar asked where are the institutions that are obliged to react to the nonsense we hear these days about our Macedonian history.

“Serious criticism of all those, especially for the Institute of National History which has a medieval department and for the Byzantine History. Here is the Institute of Language and Literature, the Academy, the Faculty of Philosophy. You cannot, you are scientists, you have the primary activity in this society in the field of science. Politics can draw on the knowledge you have created, but it is inadmissible for anyone to manipulate your scientific activity,” said Kotlar.