Home World Albright: It is a tragedy that Bulgaria is blocking Macedonia due to... 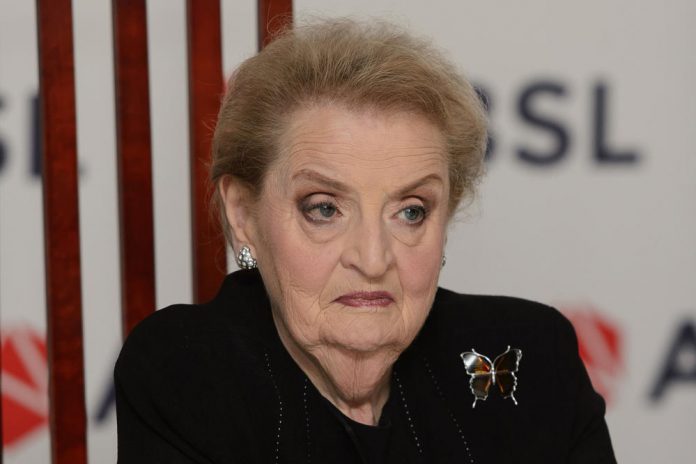 “I think it is a complete tragedy that after a long time spent on resolving the name issue with the Greeks, the Bulgarians, for internal reasons, made such demands for Macedonia, and therefore the question should be asked how Bulgaria fulfills its obligations to the EU,” said former US Secretary of State Madeleine Albright.

At today’s hearing before the House Foreign Affairs Committee, Albright answered questions posed by congressmen concerning US policy in the Balkans.

Asked by Congressman Gregory Meeks, a New York Democrat, how the new administration of Joe Biden and Kamala Harris should work with Brussels to keep EU aspirants out of the waiting room because of their neighbors, given the blockade Bulgaria has set for North Macedonia due to issues of nation and language, she said that the new administration should work on that issue.

The fact that the Greeks managed to reach an agreement, and so much time was spent on this and it was worked so hard, I think it is a tragedy, and overall, that the Bulgarians, due to internal reasons, are now emphasizing this,” said Albright.

She added that the question now is how Bulgaria is fulfilling its obligations to the EU.

“I think this is a very important issue that underlines our efforts in the Balkans, and that is that there should be economic and political cooperation,” she said.

Originally from the Czech Republic, Albright is the first woman in US history to serve as Secretary of State. She held this position from 1997 to 2001, under the Bill Clinton Administration, and during the Kosovo conflict and the bombing of the former Federal Republic of Yugoslavia by NATO and the United States.