Home Macedonia Mickoski: Zaev himself admitted that the adjective “Macedonian” is being negotiated, more... 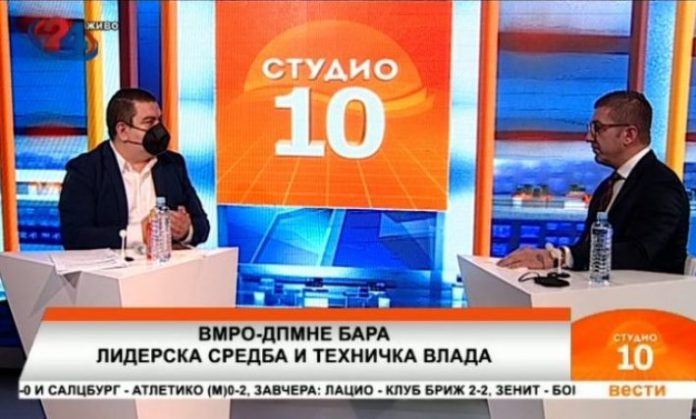 In today’s edition of the show “Studio 10” on TV 24, VMRO-DPMNE leader Hristijan Mickoski spoke about the wrong decisions of Zoran Zaev and the Government, as well as the disputed solutions over the agreement with the Republic of Bulgaria.

Mickoski emphasized that Zoran Zaev for a long time convinced the citizens that he did not actually discuss the identity, ie that the topic was not discussed at all because the Macedonian representatives refused to put on the table the proposal for any identity disclosure.

“We would’ve been happy if what Zoran Zaev said then was true, but unfortunately after only two days he himself denied it. In one of his radio appearances, he himself admitted that the identity was the subject of talks in the so-called negotiations with Bulgarian diplomacy. He himself said that we will no longer be able to use the adjective ‘Macedonian’, which is a great defeat for us as a state and a nation,” Mickoski said.