Home Macedonia SDSM celebrated “election victory” in the midst of a pandemicin Shtip, while... 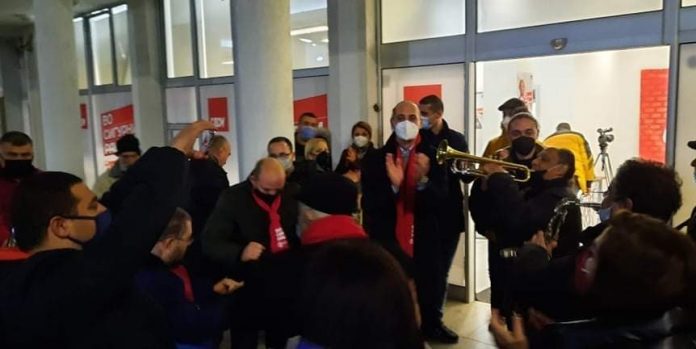 The ruling SDSM did not give up on the elections in Shtip that were held on Sunday, the price is still paid by the coronavirus crisis which is still expected to crash in anticipation of the January wave that doctors are expecting.

A photo appeared on social media on Sunday night, in which the top SDSM party official Kostadin Kostadinov is in the company of the new mayor of Shtip, doctor Sasho Nikolov in the bar of a well-known local businessman close to the government after 9 pm when the premises are forbidden to work in order to prevent the spread of the virus.

In addition, on Sunday, the Ministry of Interior confirmed that at least two cases of coronavirus-infected people were registered voting at polling stations. The opposition explains that with the efforts of the current government to provide sufficient census for the extraordinary elections for mayor of Shtip to be valid.