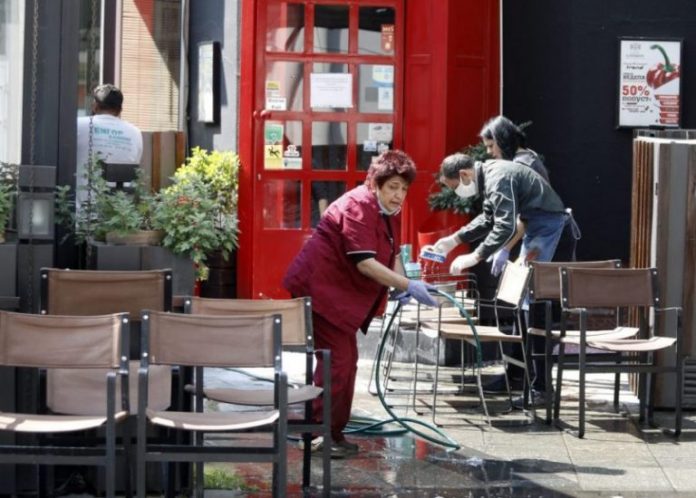 The government at a session Tuesday adopted the set of restrictive measures proposed by the Commission for Infectious Diseases. The objective is to hold on just a little longer under these restrictions and not to allow to worsen the situation by holding and organizing celebrations, Prime Minister Zoran Zaev told a joint press conference with Health Minister Venko Filipche, adding that the measure was entitled “Celebrate Responsibly”.

Under the new restrictions, hospitality businesses will close earlier, holiday celebrations indoors and outdoors will be banned. Also, there are recommendations for the religious communities, work organizations and the municipalities. The government, he said, decided that hospitality businesses should close at 6 pm instead of at 9 pm.

The government today at a session decided to approve the recommendations of the Commission for Infectious Diseases involving a new set of restrictive measures, to be in force from December 18 until January 20 at midnight, so as to prevent the number of COVID-19 infections from increasing during the coming holidays.

In addition to early closure or bars and restaurants and bans for indoor and outdoor celebrations, the religious communities will be advised against organizing mass gatherings over the holidays. Also, households are advised against mixing indoors and the citizens are advised not to go out after 6 pm, unless there is an emergency.