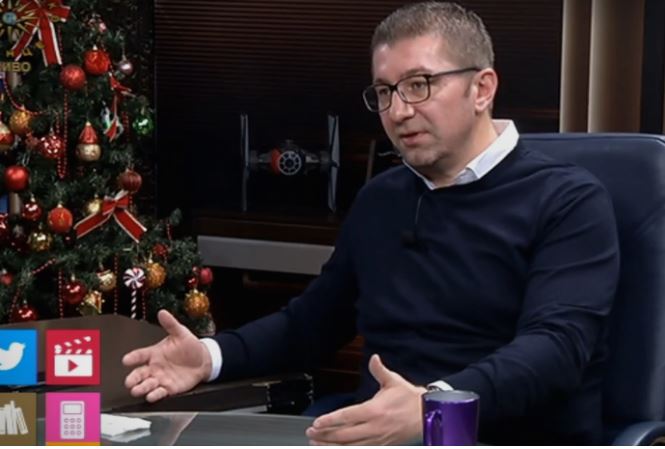 Thursday night’s edition of the debate show “Jadi burek” on TV Sonce interviewe the party leader of VMRO-DPMNE Hristijan Mickoski, who referred to the current political developments, the defeating policies of the Government regarding the health and economic crisis, as well as the current Treaty with Bulgaria.

You can watch the entire interview at the following link:

Mickoski pointed out that Macedonian families have too many problems and relatively difficult lives, and that must not be allowed, because the Republic of Macedonia remembers times when citizens were smiling, and now we are really far from that, which is really sad.

Mickoski added that Macedonian citizens should not think too hard over joining this fight against what is happening, because VMRO-DPMNE will not put pressure on anyone, as others are doing now.

“The moment has come for the national spirit to wake up, a moment when all citizens should stand up and say in front of themselves that now is a historic moment for the Republic of Macedonia. If the Macedonian people give in now, there will be no chance to correct it,” Mickoski added.