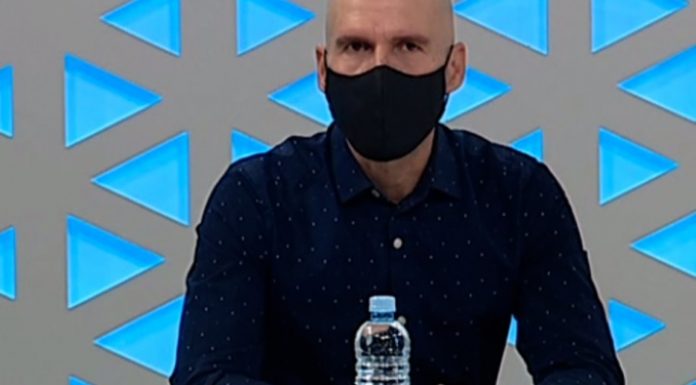 The idea of ​​a common textbook is not bad, but it would be difficult to come up with in these contexts and constellations. The first between France and Germany was announced in 2005 after 30 years of talks. It is clear to us that differences will not be easily overcome between perceptions in different countries, at least not for this generation or some political and commission decisions to be copied in textbooks. That cannot work, said Ognen Vangelov, member of the Macedonian team in the joint Macedonian-Bulgarian Commission for Historical and Educational Issues.

The exit solution, for which the Commission is committed, he said, is in multiperspectivity, ie to give variants of the views of others on a specific issue, not for all but for the controversial ones for which there is no consent.
“However, there is no receptivity for such a solution and it is not realistic to expect, and that there should be, there should always be, but there must be a will,” said Vangelov in an interview on the “24 Analiza” show on TV 24.

The commission has had 11 meetings with the teams from both countries so far, and after the sixth meeting, the Bulgarian colleagues, Vangelov said, started refusing to use the adjective “Macedonian” in their version of the minutes and referring to the Prespa Agreement which, according to them, limits its use for identity issues.

The demands of the Macedonian side to accept Bulgarian roots of its own identity and language, according to Vangelov and according to prof. Simona Gruevska from the Institute of Macedonian Language who participated in the show, is not only a daily policy and related to the upcoming elections in Bulgaria, but claims with a long tradition of hundreds of years that are repeated and are now published in official documents, such as and an explanatory memorandum to the EU.