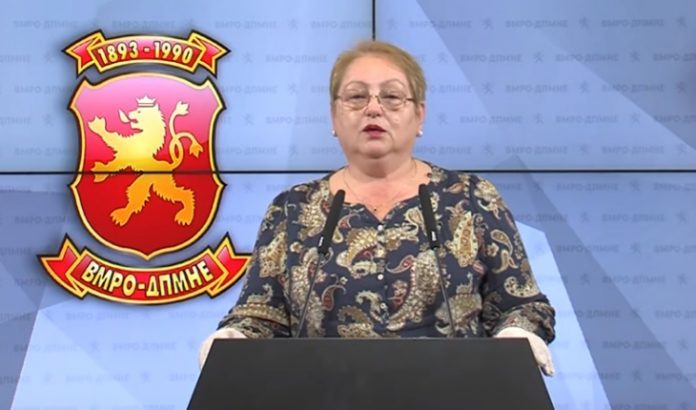 VMRO-DPMNE demands building a national position on the topic of education reform. Given the humiliating and inappropriate invitation of Education Minister Mila Carovska to send an e-mail with remarks on the proposed concept, the Commission for Education and Science of VMRO DPMNE decided to publicly announce several most important elements for the success of education reform, says VMRO DPMNE’s Vesna Janevska.

“The proposed concept should be immediately withdrawn and a new one should be created after extensive consultations with all relevant factors in the education system. The concept of integrating subjects, especially history and geography subjects, should be canceled. We propose to form a working group of all relevant stakeholders in the education system, including the professional bodies of political parties,” said Janevska.