Home Macedonia Mickoski: Money for Makpetrol is money taken from the poor to give... 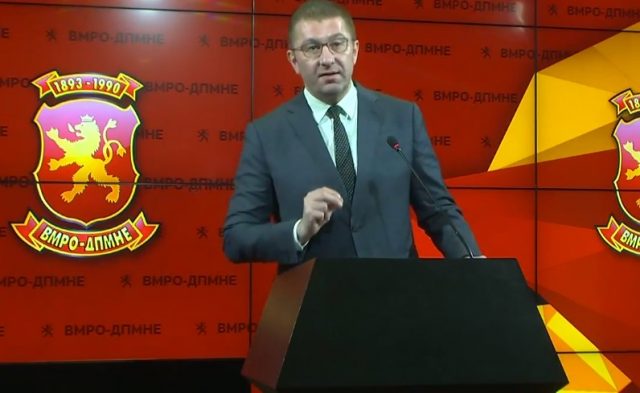 During the Infomax interview on the “Prashanjeto e sledno” show, VMRO-DPMNlE leader Hristijan Mickoski, talked about the unscrupulous crimes of the government, as well as the one in the amount of 33 million euros that were given to Makpetrol.

Mickoski pointed out that it was a major deal between the government and Makpetrol, with which they obviously have a cooperation different from the one shown to the public, i.e. for Zaev business deals come first, while citizens do not have money for the New Year and Christmas holidays.

“VMRO-DPMNE fought and pointed out the anomalies in the decision of the Government to allocate a huge amount of money to Makpetrol, which in the past through a series of analyzes indicated that the services provided cost almost twice as much. The decision of the Government to pay for a certain service that costs fifteen million euros, 33 million euros, only shows what kinds of criminals are  running the country,” said Mickoski.

“The government is openly cooperating with several oligarchs close to them and it has been known to the public or a long time, but the awarding of 33 million euros to an oligarch close to the government is a precedent that has never happened in the history of the country, and Constitutional Court will surely have to deal with this case if it works according to its own conviction and what is said to be according to the law, then there should be serious accountability for this,” said Mickoski.