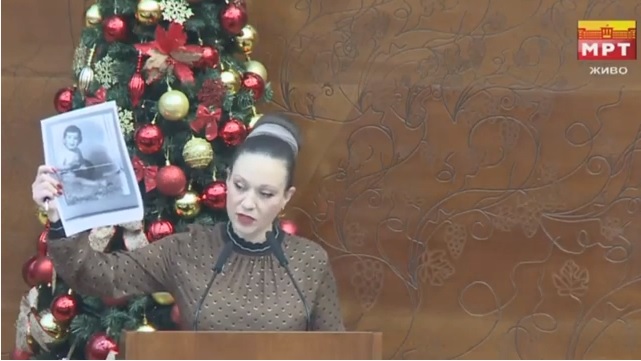 “My whole immediate family is in this photo, people who were loaded on a train to Treblinka by the Bulgarian fascist occupier. Only my grandfather survived. Do you stand on the position that Bulgaria was the administrator of Macedonia, and not the occupier?” Mizrahi asked.

“Mr. Zaev, do you know who this is? This is Strasho Pindzur whose body was taken to an unknown location, and the chief described his torture, and was beaten to death, Mr. Zaev, this is Mirche Acev declared a state enemy of the Bulgarian fascist occupying power in Macedonia who was only 27 years old just like Strasho Pindzur, they say that he refused to give any information so he was beaten and hit with batons on his feet, you know those beatings with batons on one’s feet “I know everything, I will show everything” and my grandfather was beaten with them,  as there was no Bulgarian fascist occupier,” Mizrahi said.