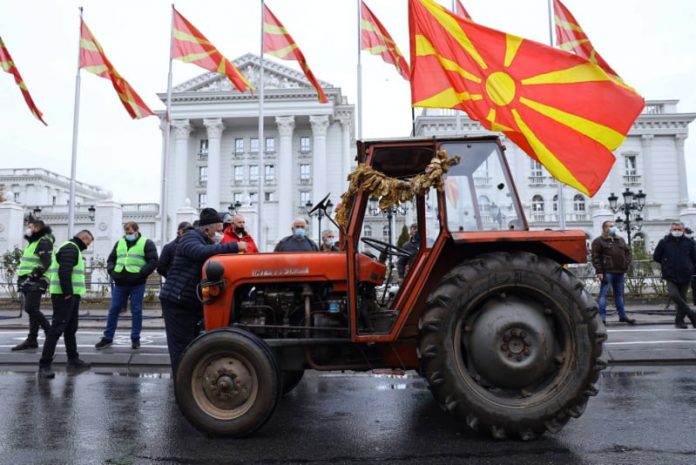 Tobacco and grape farmers held a protest Monday in front of the Government. They demanded answers to the unfulfilled promises that this year’s catastrophic purchase price would be corrected.

“From the start of this year’s sales we saw we are being played. They take our high quality tobacco and evaluate it poorly. Last year we would sell 1,200 tons a day, and now we sell barely 400 to 500 tons. That is why we are here to protest, said Igor Mircevski, representative of a tobacco farming union.

Macedonian tobacco farmers have not yet been included in any of the Government’s sets of measures, which is why they demand at least an increase in subsidies, because as they say, the purchase of tobacco, despite negotiations with all relevant factors, including the Prime Minister, on the territory Macedonia, continued according to the old scheme.